Skip to the end of the images gallery

SKU
13770-42201
Quick Ship
Usually ships in 1-3 Business Days
When will this arrive?
Quick Ship - While this item is normally in-stock and available, we do not always maintain inventory for immediate shipment. Regardless these items are easily cut, built and shipped within a few business days.
Cut to size material with a quick ship status is material we have in stock. This material will be cut to your desired size and generally ships the next business day after the order is received. 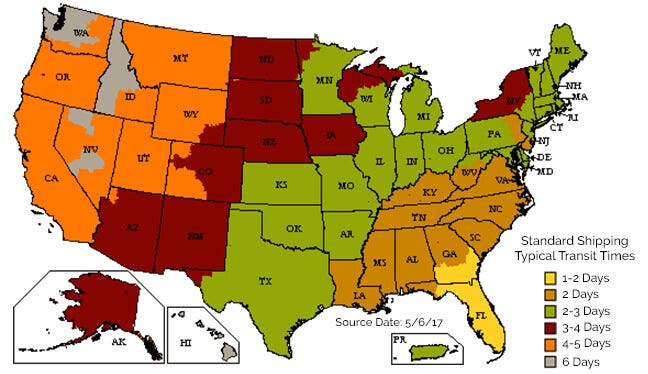 Note: If ordered along with other items with a longer lead time (for example: items with a 5-10 day production lead time), the order will be held until all line items are ready for shipping.
Note: The calculator automatically adds a $5 cut charge to any piece less than 2 sq/ft.
Description
King Starlite (also called King Starboard XL) is a lighter weight version of King Starboard. The base material is identical, however Starlite is extruded with a blowing agent added that allows the material to hold air. As a result, it is about 30% lighter and considerably cheaper.

The trade-off is that King Starlite has a cellular edge that can collect dirt and is impossible to clean. We do not use it in any applications where an edge is visible. That said, King Starlite is a great alternative for projects where the material will be hidden (substrate, mounting plate, etc.) or when aesthetics are not a priority over price.